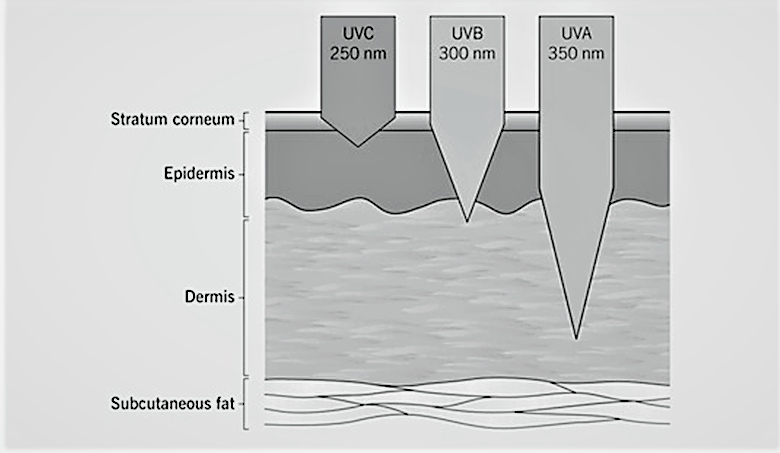 A mercury-vapor lamp is a gas-discharge lamp that uses an electric arc through vaporized mercury to produce light. These are used for the production of ultraviolet rays for therapeutic purposes.

The mercury vapor lamp can be of two types-

When a very high voltage (400V) is applied, the argon gets ionized. It is causing the formation of positive argon ions and free electrons which constitutes current flow across the tube.

The collision between the free electrons and the mercury atoms may produce:

Ultraviolet radiation is produced partly as the energy released by the recombination of electrons and the positive mercury ion and partly by the photons released when excited electrons return from a higher energy quantum shell to their normal shell within the mercury atoms.

This process takes about 5 minutes, so this much time is required for the emission of ultraviolet after the burner is started.

The lamp is set at the center of a parabolic reflector made of a special aluminum alloy, supported on a strong stand. the lamp is positioned at a distance of 45 or 50cm.

One of the complications with the mercury vapor lamp is the formation of tridymite (change of quartz to another form of silica). Which is opaque to ultraviolet rays, therefore reducing the total output of the lamp. So it is recommended to replace the whole burner after 1000 hours of burning, due to the formation of a large amount of tridymite.